What are the Main Types of Traditional Archery Bows?

Bows have been used for hunting and warfare from prehistoric times until the present. Bows are traditional pieces of weaponry that have been used in ancient warfare for thousands of years. Bows are known for being silent weapons that could be used to attack without any noise being heard.

The earliest examples of bows date from about 9,000 years ago and they have been discovered in many parts of the world, including Northern Europe, Eastern Europe, North Africa, the Middle East, Central Asia, South Asia and North America. The earliest bows in the archaeological record were made from natural materials such as wood, horn, and bone with an early example dating to 10,000 years ago. By the late Neolithic period, bows began to take the shape recognized as the traditional bow which is composed of a semi-circular wooden limb with a tensioned center section attached.

Nowadays it is mostly used as a recreational activity or even competitive sport. These bows are usually the most widely used type of bow in the world. They are loved for their natural feel and appearance, as well as their efficiency in taking down games. The main types of traditional archery bows are the short bow, recurve bow, and longbow.

The short bow is the most well-known type of traditional archery bow. What makes it unique is that the limbs are shorter than in any other traditional bow, which also means that it has the lowest draw weight out of all types of bows. This along with its short size makes it very portable and easy to store. It was originally used by many different groups of people throughout history, including American Indians, Asiatic tribes, and early medieval European armies. What makes it so versatile is its short size, which allows it to be used in any kind of terrain.

What makes it so accurate? It has a higher arrow velocity than any other type of bow, due to its lower draw weight. What makes it so durable? The short size does not add extra stress to the limbs when taken from a quiver.

What makes it so easy to maintain? The short length of the limbs reduces hand shock, which makes it easier on the archer’s wrist and elbow. What makes this type of bow so deadly? Even if we compare it to longbows of equal draw weight, its faster arrow velocity and better balance and durability make it more deadly and accurate. And what makes it so portable? It can be made from smaller pieces of wood, giving the traditional archer greater range in their options when choosing equipment.

A longbow is one of the most famous types of traditional bows. The longbow is the longest traditional archery bow. It has long limbs, usually measuring more than six feet long, which also means that its draw weight is also much higher than in other types of bows. This makes longbows harder to draw and hold, but it also allows for more stored energy. Longbows are long because they are made from a single piece of wood (usually yew), which adds durability and stability as well as strength.

What makes longbows so powerful? They do not need the extra weight in the arrow to be stable while flying through the air, because longbows actually add weight to the back of the arrow while increasing their speed and stability while protruding from a quiver. Longbows were used by many civilizations throughout history: Japanese samurai, medieval English longbowmen, and even American Indians. These bows enabled long-range accuracy without sacrificing power because of how long they were.

What makes longbows so accurate is that their long length minimizes hand shock work, which increases stability while shooting an arrow. The long limbs decrease the amount of stress put on the longbow when pulled out of a quiver which makes it extremely durable. It is also easy to maintain because they were made from long pieces of wood, which meant less time assembling the traditional archery equipment.

Traditional recurve bows often shoot the arrow from a shelf just above the grip. Archers usually put a piece of fur or leather atop the shelf to protect it from arrows passing over it. Other archers, however, don’t like shooting off the shelf. Instead, they add an arrow- rest to the riser just above the shelf.

Bows come in a variety of shapes and sizes but all traditional bows have a few things in common. They will always have a riser, limbs, and string that connects the two limbs to the string peg called the nock.

What Are Traditional Bow Strings Made Of?

In traditional archery, traditional bow strings are made from materials such as linen, hemp, and other natural fibers. In modern times, the most common material is Dacron.

A traditional bow hunter must have an excellent focus in order to be able to hit the target every time they release an arrow from their traditional bow. In addition, traditional archery is a very traditional sport, with traditional bows having been in use for thousands of years by multiple different civilizations.

How Can One Promote and Preserve Traditional Archery?

How Far Can a Shortbow Shoot?

The answer to this question is dependent on quite a few factors, including the arrow’s weight, the bow’s draw weight, and the size of the bow. The average distance is roughly 100 yards, but many skilled archers have managed to accurately shoot further than that, with the furthest distances reaching around 175 yards.

How Far Can a Longbow Shoot?

This depends on a few factors, including the ones listed above, although another vital factor to consider with a longbow is wind speed.

A longbow can shoot accurately up to 200 yards, although there have been archers who have made shots up to 250 yards away.

How Far Can a recurve bow Shoot?

The distance that a recurve bow can shoot is limited by the length of the bow, the strength and weight of the arrow, and the speed at which it is shot. 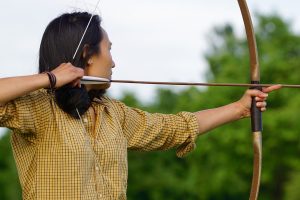 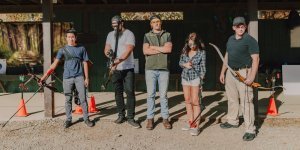 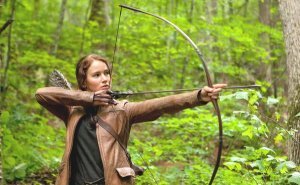