Arrow rests are a very important part of any archer’s setup. When you shoot an arrow, it is critical to have the arrow rest in the correct position for your chosen style of shooting. Without a proper arrow rest, your arrow will not be accurate or consistent when you release it from the bow string. In this blog-post we’ll discuss how to choose and set up arrow rests for compound bows.

What is an Arrow Rest?

The Arrow Rest is an essential piece of equipment for any archer. Arrow rest is a device that is installed on the bow in order to hold the arrow while it’s being drawn. It also helps stabilize the arrow while shooting, and provides a smoother release of an arrow by reducing vibration on release. An arrow rest is a device that attaches to the bow string and stops the arrow at its position when you shoot it.

If your arrow rest does not hold your arrow properly, then accuracy will be lost in addition to inconsistent shot placement. These devices are often adjustable for different types of arrows, as well as different draw lengths for your bow. A perfect arrow rest is very important for a compound bow. A kit of proper bow-hunter can’t be completed without a perfect arrow rest.

There is more than one type of arrow rest on the market. We are going to go through the different types to help you become aware of the choices out there.

The shoot-through arrow rests are designed for use with compounds only . A shoot-through arrow rest has prongs which go down the arrow shaft to stop the arrow from moving forward, and these prongs fold up when you release your arrow. This type has two prongs with dispersing which is movable to approximately two-thirds of the arrow’s measurement. Such rests, recommended for compound bows, can be used by target archers. They do lack arrow containment, though.

This arrow rest is also used with compounds only .The drop-away arrow rest allows for a smooth draw because it drops out of the way during the shot so that there is no interference in order to provide the arrow with a smooth release. Drop-Away arrow rests are also known as fall-away rests. They do away with any worries you might have about fletching freedom. They are recommended for target archery. Contact with the arrow is minimal.  A drop away arrow rest job is to hold your arrow in place while you draw and calculate your aim. When you shoot the arrow, the flipper falls away with your arrow’s momentum.

As the name states, containment arrow rests are for doing away with the issue of falling arrows. They are recommended for bowhunters. They also reduce shooting errors.  For target archers, who aim at a stationary target from level ground, that’s not really a big deal, but if you’re a bowhunter or a field archer and you’ll be shooting at targets from above and below and through thickets and brush, have an arrow rest that will keep your arrow in place—and launch that arrow reliably, no matter how contorted you are—is a big deal.

Whisker biscuit is a simple and reliable type of arrow that has put it into the hunters’ favorites. This arrow rest doesn’t make unnecessary noise and vibration, as it can mess up everything. Other than that, there is a very little margin of error for them. However, everything has some positive and negative points, and whisker biscuit is no exception.

Leg Up Rest– The leg up arrow rests are for recurve bows only . This type of arrow rest is a plastic piece that attaches under the riser and goes below the arrow shelf, which allows you to position the arrow rest while it’s attached to the bow, and then detach it once you’re ready for shooting.

Blade Rest– This arrow rest is only for recurve bows . A blade arrow rest can be attached to the bow directly in front of your arrow shelf, and it will hold the arrow when you draw back. It does not move or rotate while drawing like other types of rests do.

The compound bow is one of the most efficient and accurate shooting instruments in existence. The arrow rests provide a place for an archer’s arrows while they wait their turn, helping to keep them from becoming tangled up or knocked over by other objects on set during filming sessions with this powerful tool!

These arrow rests typically have a mechanism which allows them to attach themselves directly onto the riser or limb, making it easy to adjust without needing additional tools. The span between the arrow rest and the shelf is usually adjustable as well, making it easy to shoot with a variety of different arrow lengths.

You can also adjust where on your arrow shelf this rests attaches – depending on if you’re shooting from the top or bottom of the bow. When it comes to arrow rests, compound bow arrow rest options are more abundant than those of a traditional longbow or recurve bow. There are many different types of arrow rests available on the market today but some have become outdated and others have been designed specifically for certain types of arrow shooting or compound bow set-ups.

How to Choose an Arrow Rest for Your Compound Bow

There are a few different factors that you should consider when choosing an arrow rest for your compound bow. These include:

Different arrow rests have been designed to support particular size arrows or groups of arrows, such as aluminum arrow shafts versus carbon arrow shafts. The material the arrow is made out of can also affect which arrow rest you choose to use.

When it comes down to arrow rests, compound bow shooters have a lot of different options available when considering the style they want their arrow rest to shoot with. Some arrow rests are designed for split finger and three under shooting styles while others work specifically well in a pinch or index style setup.

Different arrow rests are designed for particular positions on the bow riser, such as above or below the arrow shelf. It is important to research which arrow rest position works best with your compound bow set up and shooting style before you purchase one.

Setting Up Arrow Rests for Your Compound Bow

Here are some steps you can follow to set up arrow rests on your compound bow:

Since arrow rests for compound bows are so popular and available in a multitude of styles, it is understandable that you may not find arrow rest options for recurve bows on the market. Traditional archers generally don’t need arrow rests because they shoot fixed blade broadheads or field points which don’t ever require an arrow rest to be used successfully.

How to choose an arrow rest for your recurve bow

Arrow Size and Material – The arrow size depends on which arrow rests are available in your area as well as if they are being produced by a local archery shop or arrow manufacturer.

Shooting Style – If your recurve arrow rest is broken, it’s best to use arrow supports until you can purchase another arrow rest for your bow set-up. If this is the case, you’ll want to test out different styles of arrow rests and figure out which works best with your particular arrow and bow set-up.

Arrow Rest Placement – This is one of the main reasons why arrow rests for recurve bows don’t come in as many varieties or styles as compound arrow rest options do. Since traditional longbows and recurve bows are not designed to be shot from different positions, arrow rests that are placed above or below the arrow shelf are generally sufficient for most recurve bow shooters.

The arrow rest that you choose will greatly affect your accuracy, consistency, power level, arrow speed, as well as how quiet your shot is when it releases from the arrow rest. When choosing an arrow rest for either compound bow or recurve, it is important to do the necessary research and testing before you make a final purchase.

The arrow rest that works best for both compound bow set-ups as well as arrow release styles will be different for every archer so always test out new arrow rests with your particular arrow setup before purchasing them!

Feature to Consider Before Buying a Arrow Rest

For those interested in purchasing a right arrow rest, there are numerous factors which need to be considered. Don’t waste your money on unreliable ones and make sure to keep the following factors in mind when picking one.

The arrow rest should be easy to use. This includes the installation and adjustment processes, too. Having a user-friendly product means you can easily adjust it during your hunt.

You need to ask what you’re going to use the arrow rest for. Are you interested in hunting or only for target shooting? If you’re interested in hunting, the drop-away arrow rest is recommended. During hunting, you are likely shooting from inconvenient positions. A drop-away arrow rest will help keep your aim true. For target practice, you are usually shooting from a straight position. For that, you should opt for shoot-through arrow rests.

The arrow rests you purchase should be durable. This includes being weatherproof as well as resistant to numerous kinds of physical abuse, especially accidental drops.

You should opt for a noise reducing arrow rest. The metal-on-metal sound when you draw and shoot arrows can alert prey. Those that reduce such noise enhance your hunting experience. 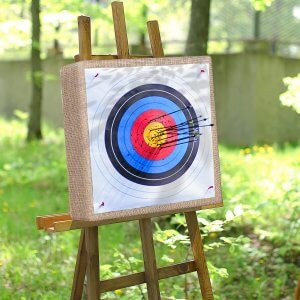 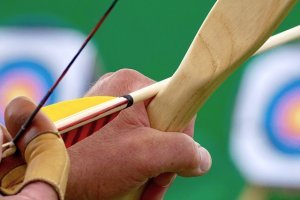 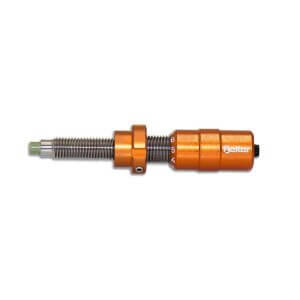 How to Choose the Right Beiter Plunger for a Recurve