Compound Bow Cams: Everything You Need to Know

What is a Compound Bow Cam?

The cams of a compound bow are an essential element, as they transform it into the powerful and efficient weapon that archers know and love. Cams come in many forms: single cams, hybrid cams, binary cams, dual cams – all serving the same goal; allowing you to hold your draw steady with ease while gaining maximum force from each arrow fired. Every manufacturer has a range of styles available on their bows – so no matter which one you choose – rest assured knowing that these amazing parts will have you hitting bullseyes in no time!

How does a Compound Bow Cam Work?

Compound bow cams can be adjusted to your preference effortlessly, as they are designed with the ability to lower draw weight from a certain point. Curiously enough, you still receive maximum stored energy on the shot while feeling significantly less pressure on the draw.

Through its complex structure, a cam facilitates extraordinary performance. The arrangement of cams, pulleys, and cables work together to produce power within the bow’s limbs which helps with drawing weight while simultaneously making it simpler to shoot. Ultimately this system produces an effortless yet highly powerful bow that is capable of delivering peak performance regardless of your skill level.

The market today offers a wide range of bow cams that are specifically designed to maximize the speed of your bow. These come in three varieties – round, medium, and hard cams – each with its distinct advantages. Let’s begin by exploring round cams for example…

Round cams were the original type of cam that was used on compound bows. During the ’80s, many manufacturers began switching to egg-shaped cams for more speed and power; however, some models still feature round cams today. Round cams offer a silky smooth draw cycle but this does come at the cost of lost speed compared to egg-shaped ones.

On the opposite end, hard cams were created. As speed became a priority to archers everywhere, bow cams transformed and morphed into what we know today as hard cams which can store more energy while providing greater velocity. This benefit is not without its trade-offs though since they tend to be challenging to draw.

Most bows are classified as medium cams, offering a great balance of speed and a comfortable draw cycle. Most modern compound bows include one of these kinds of cams, which each have their respective advantages and drawbacks.

With so many different types of compound bow cams available, it can be a daunting task to decide which one is right for you. That’s why this question is often asked: What are the various types and their respective benefits? To help guide your decision-making process, let’s take an in-depth look at each type and explore what makes them unique.

Single-cam bows remain the most sought-after type of compound bow, particularly among beginner archers. They are equipped with a round idler wheel at the top and one power cam located at the bottom, making them typically much quieter than other models while being easier to service as well.

In terms of tuning and maintenance tasks, single-cam bows reign supreme due to their straightforward yet highly effective capabilities. With advances in technology over time, these bows have become ever more advanced– an attractive combination for customers on today’s market!

Dual cam (or twin cam) bows boast two distinct cams, which generate greater draw weights and energy. When these dual cams are in sync, you gain an increase in speed and accuracy – so long as the same style is used for both of them. Utilizing dual-cam technology gives more power and velocity than a single-cam bow but demands additional work to ensure it operates properly. Misalignment between the synchronized pair can lead to performance issues if not tuned accurately.

Hybrid-cam bows bridge the gap between single-cam and dual-cam bows, solving synchronization issues that can arise from dual-cams. With hybrid models, only one power and control cam are used; the latter follows suit with its counterpart to ensure harmony in motion. This ensures a smooth draw for increased accuracy when shooting arrows – making it an ideal choice for both beginners and experienced archers alike!

Hybrid cams expertly synchronize, making tuning them significantly easier. In addition to the notable speed and power of a dual-cam system, hybrid bows require minimal maintenance and upkeep compared to dual-cam systems. Although they can be trickier to work on if repairs are needed than single-cam bows, hybrid cams offer superior performance when properly tuned.

Binary cams are a further evolution of hybrid cams. These bows have two active, independent cam systems which operate independently rather than pulling on opposing limbs as dual cam bows do. The cable system allows the binary cams to compensate for any discrepancies and lessen timing issues. This type of bow is ideal for those seeking an even more advanced level of accuracy when using a compound bow and arrow set-up.

You get fast and powerful performance with binary cam bows, however, they are often more difficult to adjust. Many manufacturers use hybrid cams instead since there can be patent issues associated with true binary cams; this is why you sometimes see a bow labeled as “hybrid” when it’s just a disguised binary model.

Compound Bow Cams and Let Off

Every compound bow has let-off, generally ranging from 60 to 90%. This percentage can vary depending on the model and design; as let-off is created by an elliptical cam shape, it affects how much you can expect. Therefore, a bow’s overall construction will determine just how much of this feature your purchase offers.

If you’re looking to increase your let-off, opt for an elliptical cam as it offers higher let-off capabilities. However, bear in mind that with increased performance comes a rougher draw cycle. Thankfully, compound bows can be manipulated using adjustable cams so that the let-off is tailored to suit your needs – allowing you to find the perfect balance between power and comfort!

Which Compound Bow Cam Works For Me?

As you’re now aware of the various styles and types of compound bow cams, it’s time to determine which one is best for your needs. Personal preference will play an essential role in this decision; although many archers tend to use a single-cam model at the outset, that doesn’t mean that’s what you have to choose! Your competency level should also be taken into account as some models are simpler than others when it comes to tuning or maintenance.

For those just starting, or wishing for an easier bow to maintain, a single-cam might be the more suitable choice. Those seeking unrivaled power and speed should look into dual-cam bows; however, they require additional maintenance that may not fit all lifestyles. Binary cams and hybrid models provide a perfect compromise – providing great accuracy with less fuss when it comes to tuning

With a compound bow, you have the advantage of being able to change or replace parts. Most manufacturers provide replacement cams that are suited for their particular models. By swapping out your current cams with new ones, you can keep up-to-date with the latest technology in archery or simply repair any damage done over time. So when it comes to wanting an updated look and feel on your bow setup, having an option such as replacing the cams might be just what the doctor ordered!

When it comes to obtaining bow cams, the most convenient option is to buy them from a retailer and have their professionals install your new cam with their expertise. Bow cams can range in price significantly – anywhere between $50-400 depending on the model of the compound bow you own. You must ensure that your bow cams are compatible with your particular make and model of compound bow for optimal performance!

Compound bows are a remarkable combination of engineering and technology, all made possible by the bow cams. Whether you’re searching for something particular or just browsing around, there’s an option out there to fit your preferences! Now that you know everything about compound bow cams, I wish you luck in finding one perfect for you. Shoot safely and have fun! 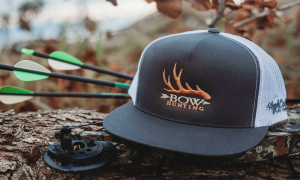 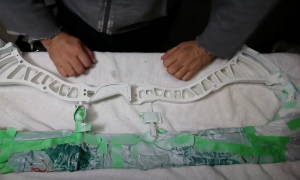